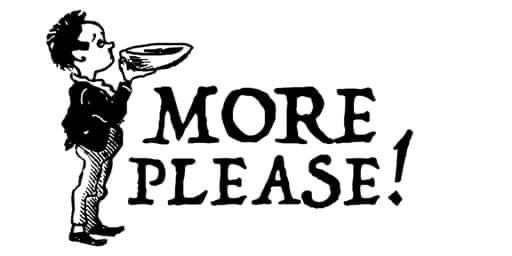 As we celebrate ghosts and goblins, here’s a quick thought.

Can a believer be filled with the Holy Spirit more than once?

Peter and John obviously were filled at Pentecost, but in Acts chapter 4 a group of believers prayed for MORE of the Holy Spirit and were filled … again.

How can I prove the people in that small group were previously at Pentecost?

Well. Peter and John were in THAT group:

When THEY were released, THEY went to their friends and reported what the chief priests and the elders had said to them. And when they heard it, they lifted their voices together to God and said, “Sovereign Lord, who made the heaven and the earth and the sea and everything in them …
Acts 4:23-24

Peter and John who were released from jail in the prior paragraph.

Yes. Peter and John were filled more than once.

We can be filled with the Holy Spirit UPON us multiple times. But believers just don’t hunger for more and more of what’s rightfully theirs.